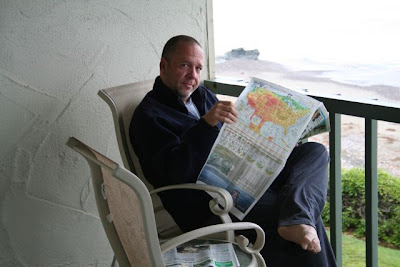 Relaxing was the order of the morning. Coffee, robes, fire, ocean. It's not often when I can get to a state of letting the little things go, but it happened this morning. 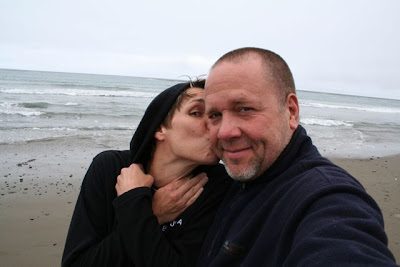 This is a magical place for us, a feeling that surfaced the moment we pulled up to the Cavalier. We started our marriage here and have returned every time we've ridden the PCH. 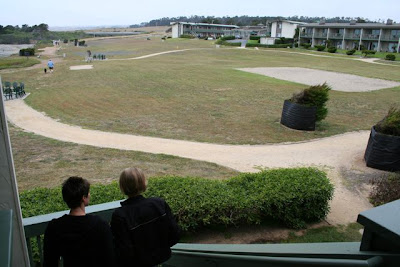 So it's no wonder we have a hard time leaving this behind. Mindy said she cried as we left Cambria. Tough to do in a full face helmet, but she's a tough girl.

It was in the low 50's in San Simeon and twenty minutes away in the vineyards of Paso Robles we couldn't shed the layers fast enough as ambient temps hit the century mark. It was toasty all the way across the valley. 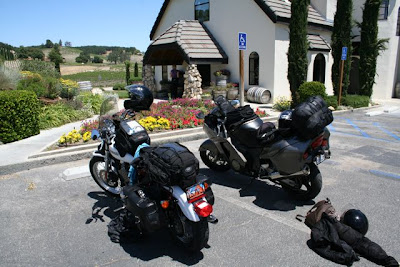 Another of our favorite stops is the Donati Family vineyard.

We stopped there March 2008 when we were shooting the PCH documentary and while the crew was setting up the shot a Google Street View camera car pulled and caught us. Spin it around and you'll see us way in the background by the tasting room:

We rode 46 on through Paso Robles and came upon the intersection of 41, hallowed ground or haunted, it's the place where James Dean lost his life behind the wheel of his Porsche. 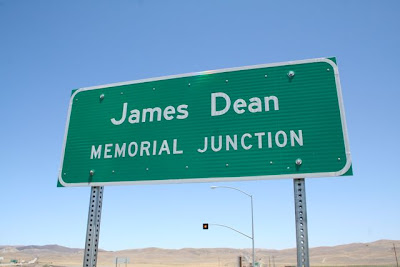 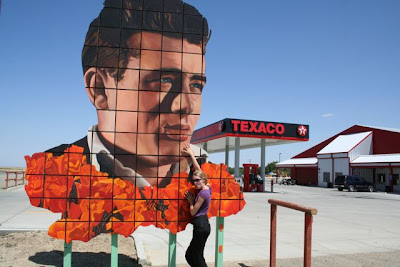 We cooled off at the last known stop that Dean made before he made his exit. 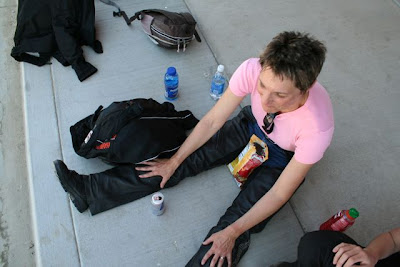 Did you know that there's a keyhole of a bull on the tabs of Red Bull cans? I didn't. 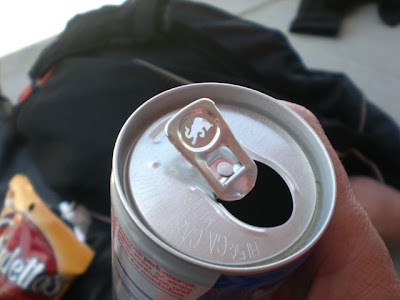 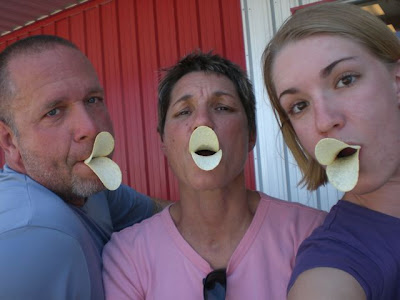 Arrived in Bakersfield late afternoon and visited their HD dealership. There's always a good story to be had at any HD shop and we were entertained with more Harley lore. 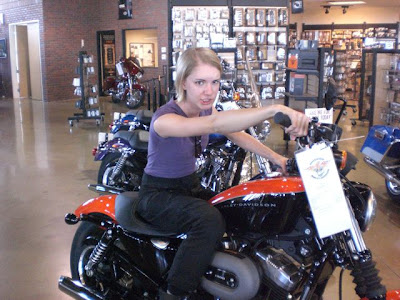 Say what you want, but this culture is woven into this country and has a legacy that can't be denied.

But I didn't say that.

We ended up at a Motel 6, ate at a local hole-in-the-wall Mexican place, Taco La Villa, where they had $1 tacos and $1 long necks. Best meal of the trip and I leave the cameras back in the room.

And now I'm caught in cathode-ray-tube hell while Steve Wazniac does the worm on Dances with the Stars, Katie's favorite show. 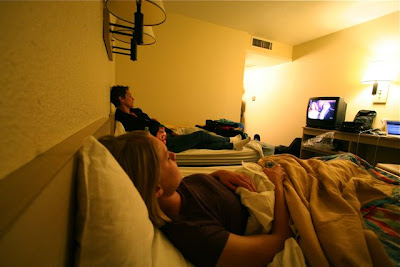 I have to make some concessions. She's been great to travel with. 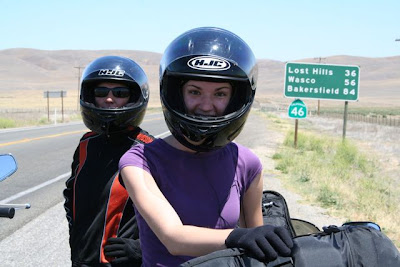