Having Cake and Eating It, Too 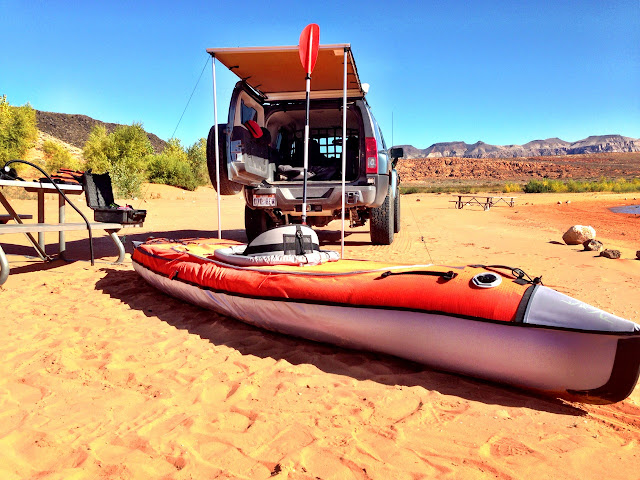 I've never had it all, haven't even come close and I don't ever expect to. I would, however, like to have my cake and eat it, too. That's what today felt like as I worked out what used to be irreconcilable - traverse overland with a fifteen foot kayak.

We've been navigating lakes and the Pacific in roto-molded sit-on-top kayaks by Ocean Kayaks and loved every moment of the decade they spent on top of our trucks and beneath our soggy bottoms. 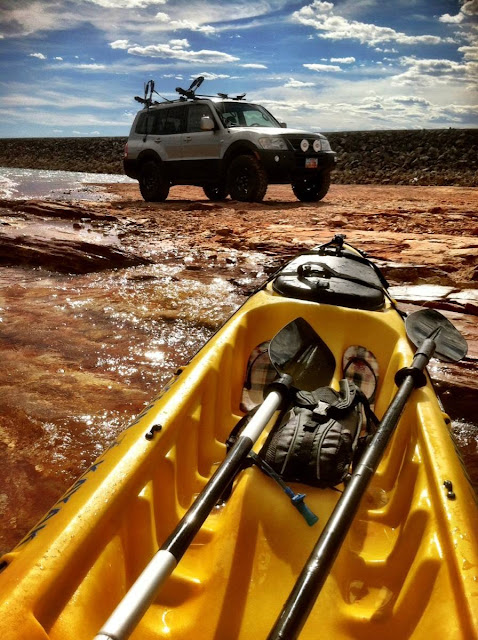 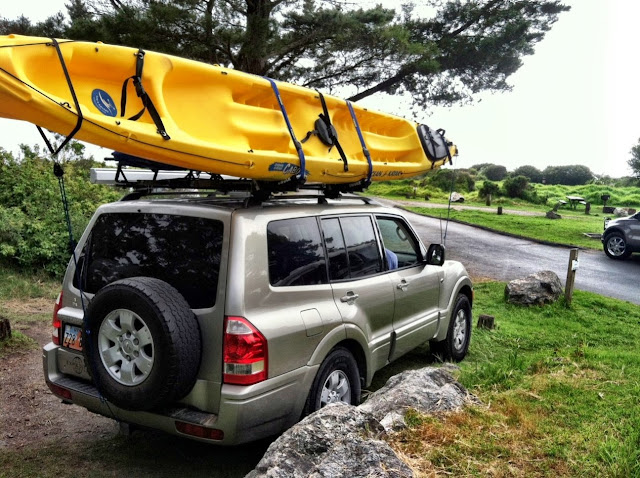 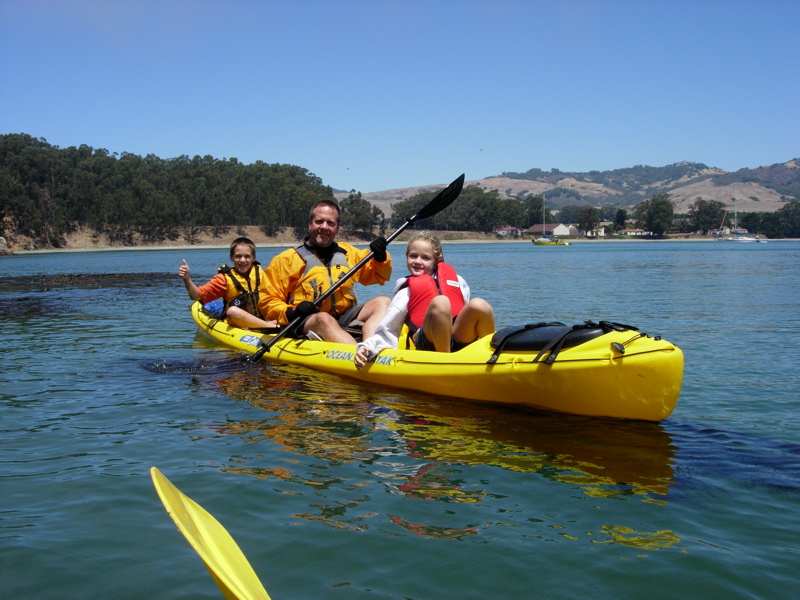 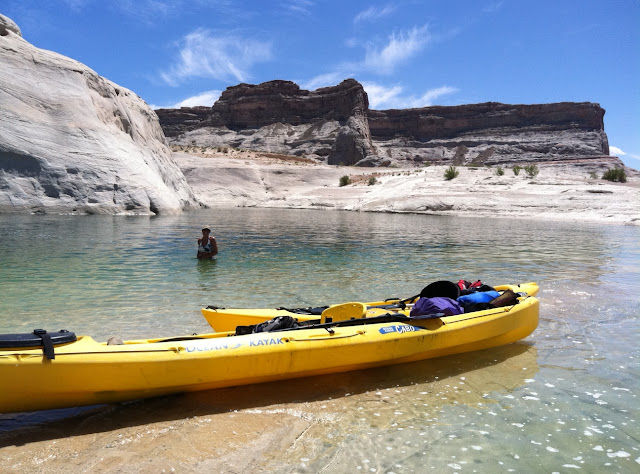 Even though we put the road miles on them from here to the coast, they'd make off-road adventure impossible. Often in our overlanding we'd come across a body of water and damn the fact that we didn't have a kayak on board.

And then an ad popped up on my Facebook feed (good for something) for Advanced Elements inflatable kayaks, the pic of which was their convertible tandem. I clicked to see if this was something more than a pool toy and ended up watching every YouTube video I could find. I also spent a lot of time on airkayaks.com.

My AE1007 arrived yesterday and I sorted it out today on the lake near my home. My research revealed that I'd be happier with the craft if a couple of accessories were added, so I thought I'd test this out.

The kayak ships in its large duffle bag, weighing in at 53 pounds. 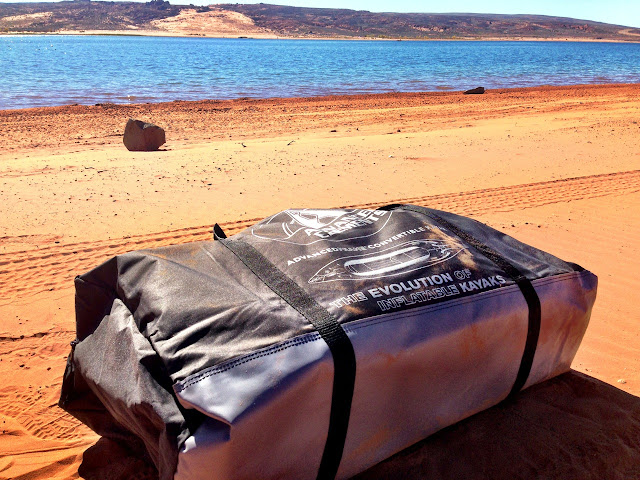 Dumped out of the bag, she looks like this. (I assembled and inflated it the night before, so it was a bit more tidy from the factory.) 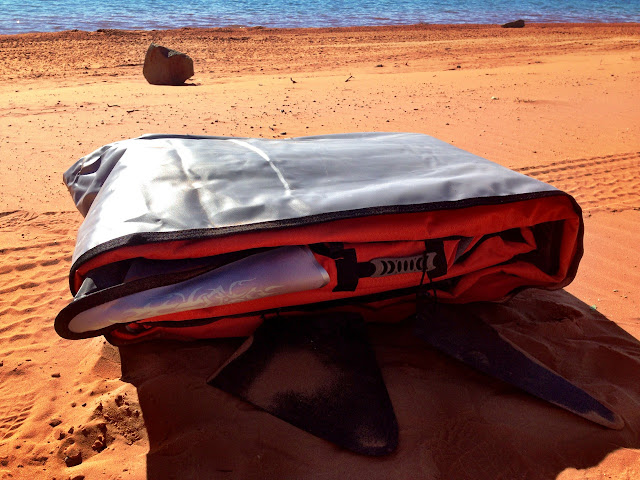 Taken out of the fold, righted and spread. 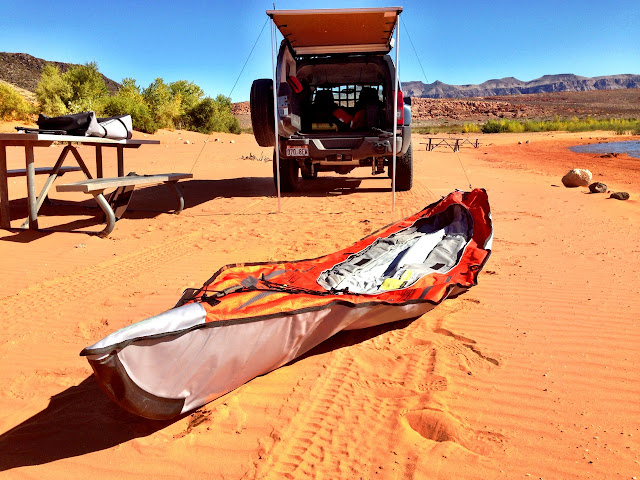 I bought an AE double-action hand pump with gauge for inflation. The AE1007 does not come with a pump. 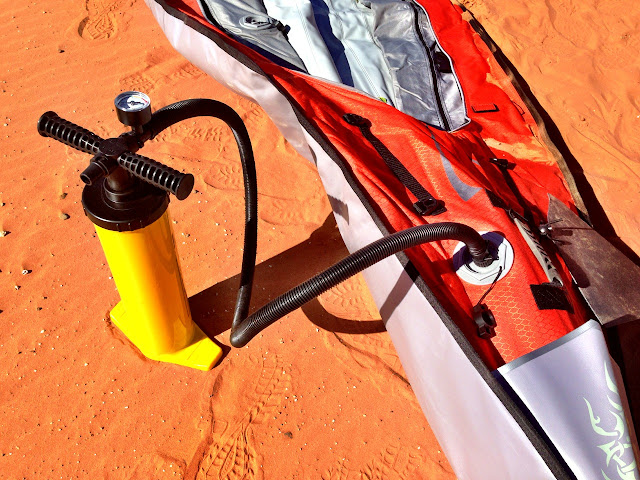 There are two spring valves that fill the main chambers, and three other twist valves, one for the floor and two for the deck lifts. 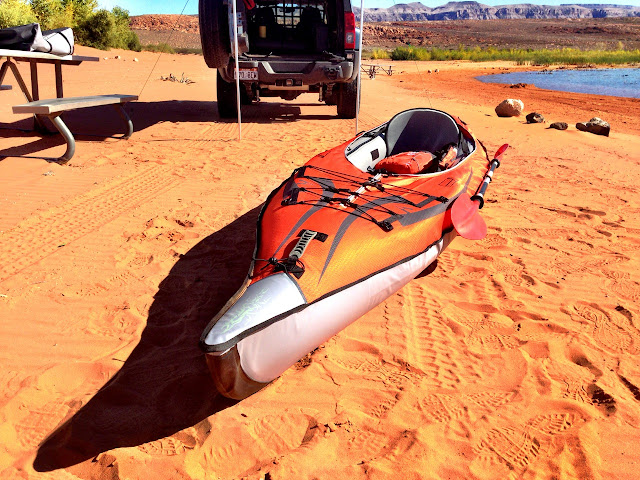 With all chambers properly inflated and the inserts place in the bow an stern, the convertible takes shape, part of which is composed by two aluminum frames, fore and aft, that give this craft its cut and angle, critical for tracking and glide. 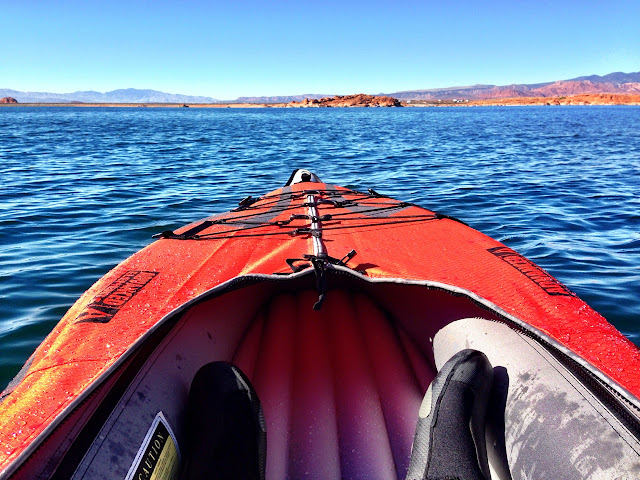 I put in and traversed the lake. First impressions were a bit disappointing. There's at least a 20 degree wag with each stroke, meaning the bow will cut port or starboard with each paddle, feeling inefficient. It also felt sagging, given my 235 pounds what wouldn't. I returned to shore and added more air, making a little improvement, but not what I was hoping for.

Time to break out the accessories.

I ordered a backbone, single deck, and DuraFloor from airkayaks.com. Their service is impeccable and they are my sole conduit for AE products now.

The backbone for the AE1007 is a five piece aluminum rod in foam sleeves that terminate in plastic paddles designed to fit under the main air chamber fore and aft. 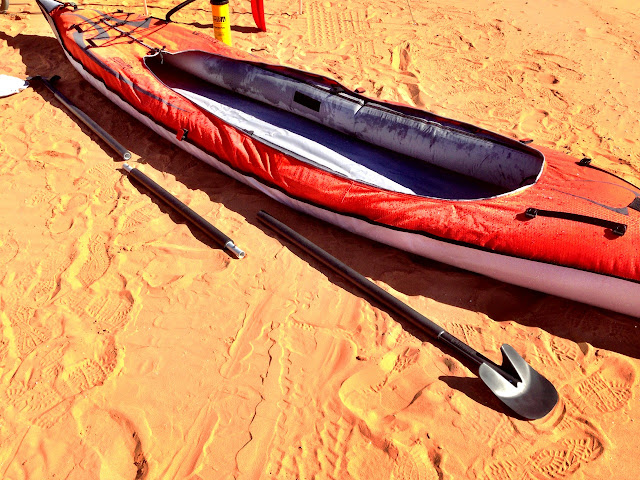 With the floor deflated and removed and the kayak partially deflated, I assembled the rod and installed it being careful to center it above the kayak's keel line. 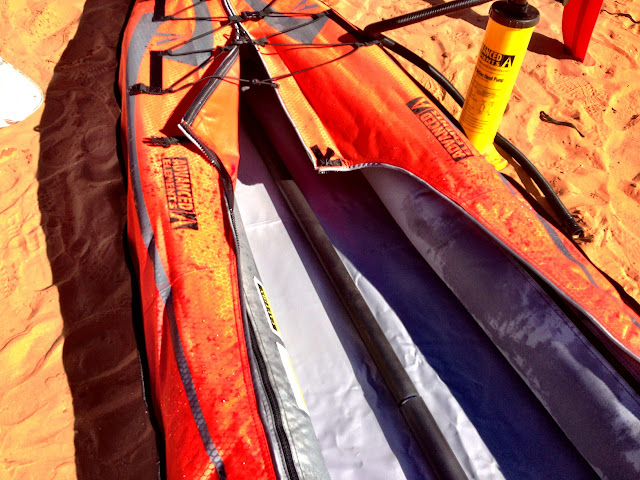 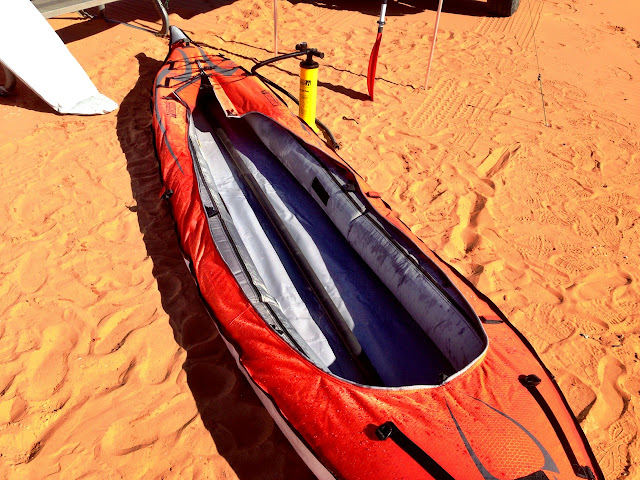 I reinstalled the floor and inflated it, and then added the DuraFloor on top. 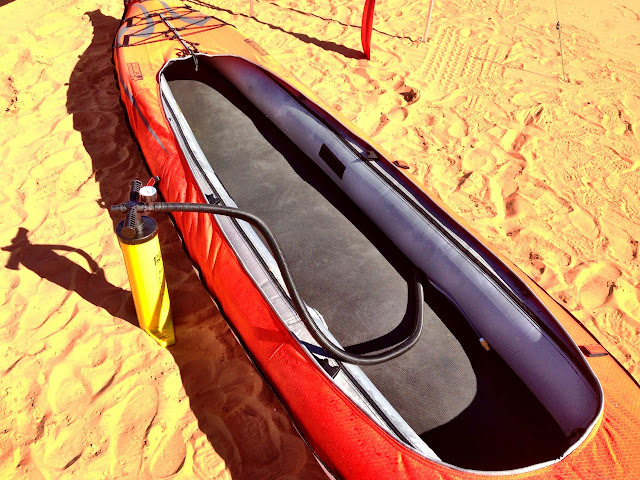 Since we travel with two Golden Retrievers, the DuraFloor was a must to protect the inflatable floor beneath.

Topping it off is the addition of the single deck. 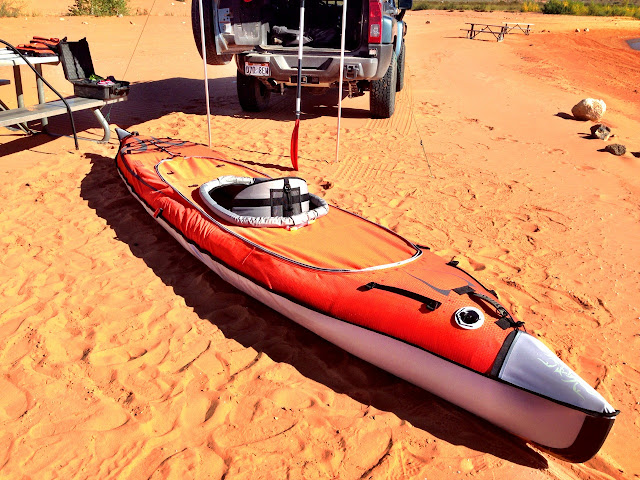 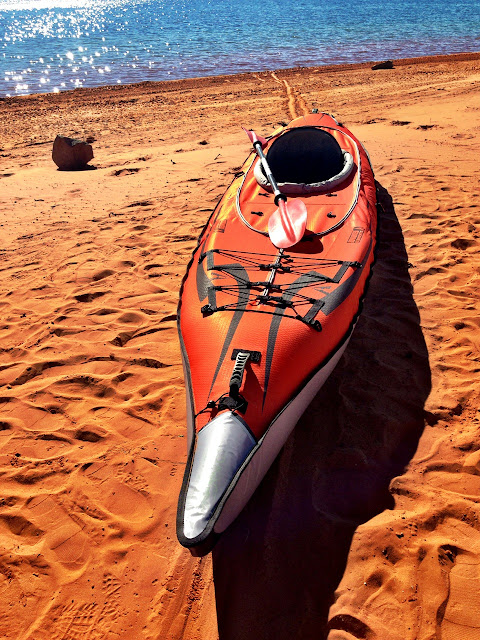 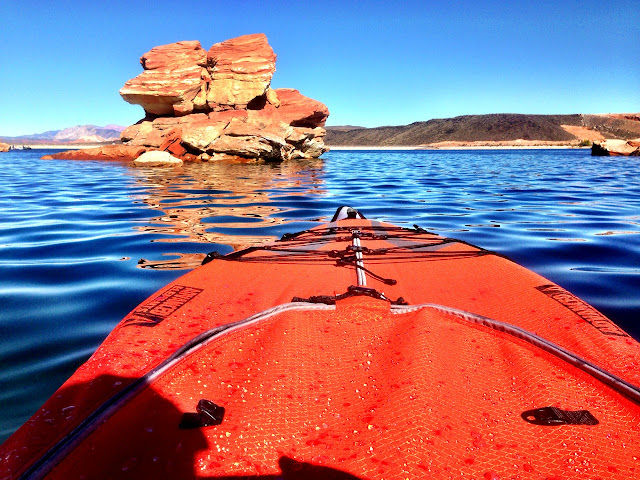 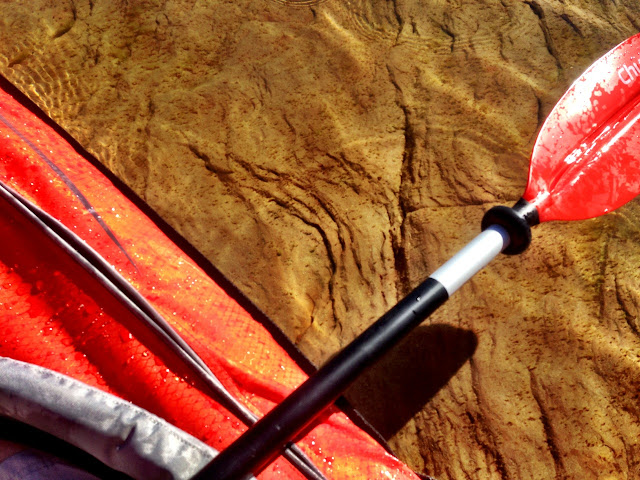 The kayak's trim displaces evenly. I passed above this outcropping in six inches of depth without running aground.

I couldn't be happier, especially since it can come with us. Cake? Let's eat. 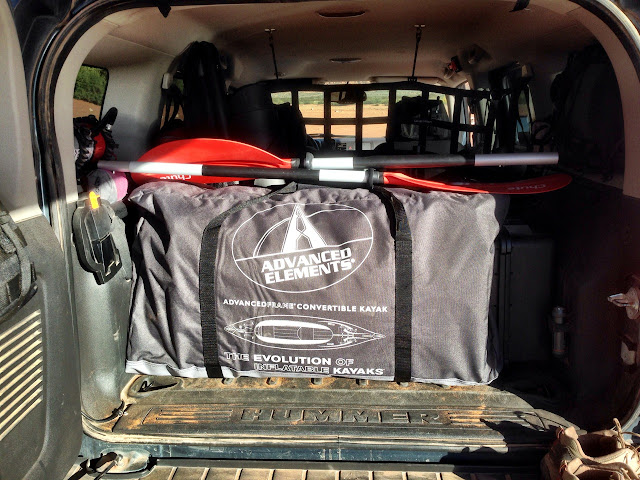