March 23, 2010
We've been a mixed marriage for three years now, her and her HD and me and my Blackbird. I had a knee-jerk reaction to her attraction to the 1200L but have warmed up to it after 7000 miles. On a whim we stopped by a Honda dealer while out of town and I had her throw a leg over the new Shadow Phantom, Big Red's attempt at garnering the same female demo that HD's after, and she liked it a lot.

Now 750 cc's are no match for the torque of the twelve, but that's no matter to her. I'm attracted to the idea of paying half as much for tune ups and accessories and for the fact that it's a Honda. She's yet to ride one - we'll go down to Vegas and try one on (we won't deal with the local Honda shop anymore).

We hit the road for Vegas Saturday mid-morning when temps got past 50 Fahrenheit. The cruise through the Virgin River Gorge is always a highlight of any trip west for us, especially to sin city since there's very little else to consider when slabbing it to Vegas. 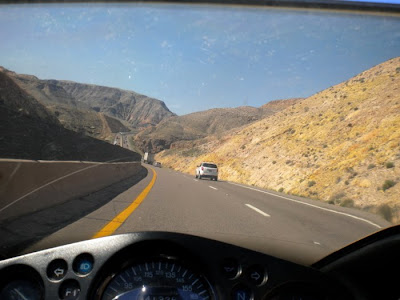 That's where I have an advantage of riding with a beautiful woman; there's always something to see regardless of the scenery. 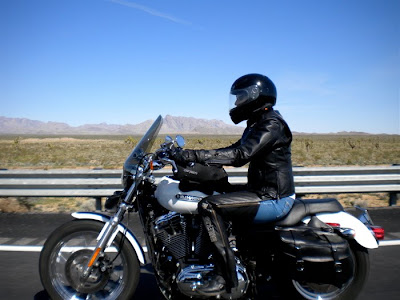 Carter's was slower than usual it seemed for a Saturday morning. I was surprised and glad to find both bikes in their inventory, the Phantom and the NT700. Mrs. Saint threw a leg over each and we were greeted by Carter's salesperson, Travis. The 700 was so fresh that few there knew much about how to get into the luggage compartments, but he figured it out. 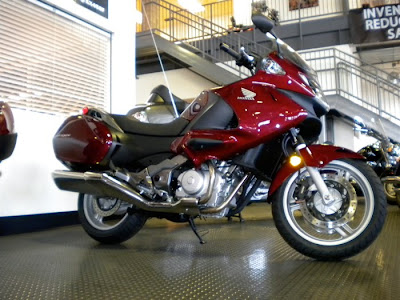 He indicated the Phantom would be hard pressed to hit the slab cruising speeds we usually do, 90 plus, but could ride all day long otherwise. The 700 has the ratios more suited for us. 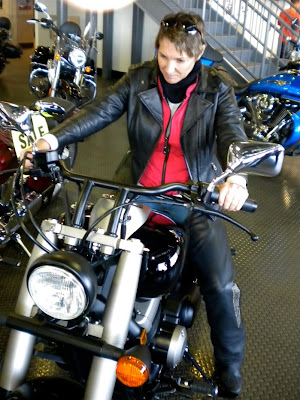 We checked out a new Kawi 900 Vulcan Custom, a cruiser better suited for speed, but we weren't impressed. 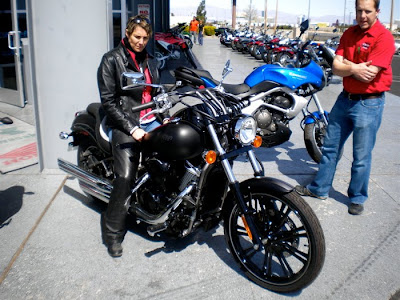 And that left us with the two; the pragmatic NT700, upon which she could comfortably take along a pillion (our kids ride with us), or the Neanderthal Phantom upon which she looks and feels at home. The deciding factor would be the spin, aside from Mrs. Saint's comment that the NT700 looked like a grandma's bike. (?)

Travis delicately put it to us that the only way anyone was riding any bike is if we did the deal first. (!) Their insurance prohibits test rides and considering the context, Las Vegas, I could almost understand. See, in the not-so-distant past Carter's had been frequented by biker-wannabes in various stages of inebriation at 8:00 in the morning to test ride bikes.

Hmmff. We broke for lunch at PT's next door and talked it out while Travis ran the numbers for the deal. Big decision, this. Guess we need to find a venue wherein we can ride these bikes. It just won't be at our local Honda shop in St. George. Every time I leave that place I feel like I need a cigarette.

In the meantime the Sporty is on the market and we'll see where the money lands, on red or black.